Here are the photos that go with the last post. The photos are in the order that the computer uploaded them so I am just going with the flow. Sorry for the lack of continuity.

This first one is a field where we had some MSCC last fall and then i Broadcast summer mscc this spring….Just broadcasting did not work so I grazed it again and then mowed it….Now it has a wolrd of clover….mostly white dutch, some crimson, some red and even some yellow sweet. 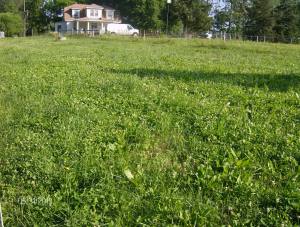 This is the paddock the horses are grazing now….they will get a new paddock today and I will bushog this one and the one previous.

this is the new clearing….I burned brush from it several times during the winter and seeded it to summer MSCC on Memorial day….

This paddock was seeded with the aerator probably two weeks ago and the MSCC is coming up thru the grass. 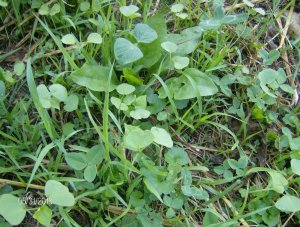 This is a shot of rye and Lana Vetch that was broadcast on pasture in late November….this is in the near future grazing for the horses….

I passed thru the stable and Perkins was checking me for treats….

Just a shot of Perkins and Star Baby and Jonahs butt as they were cleaning up the round pen lot so that I could mow the weeds…this area used to be vegetable garden but I am gettin too old to do that much tillage work….I no till my garden now and use containers as well…the conatiners I am liking very much. 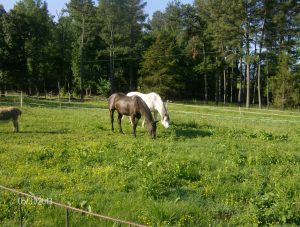 just did this on Saturday…had a forage bucket with just fescue….pulled the fescue….added a little horse poo stirred it up…dropped in some MSCC summer mix and decided to just mulch it….will try to take regular photos. 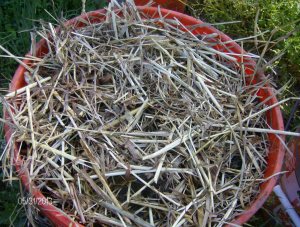 Here is some of the new summer MSCC.

this is my MSCC test row in the garden that was planted Memorial day.

this is a shot from the fall MSCC that was not grazed and was bush hogged and broadcast last week….this shows the density of the crimson clover heads that are on the ground there….should be beautiful next spring. 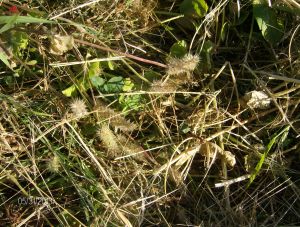 another shot of new crops MSCC that shows a little bit of everything I think. 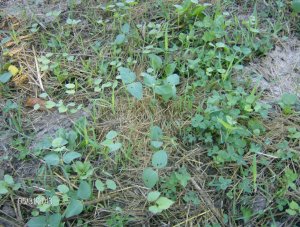 This shots shows Lana Vetch climbing the fescue….I love this stuff….legume, beautiful, nutritious, and self seeding if allowed. 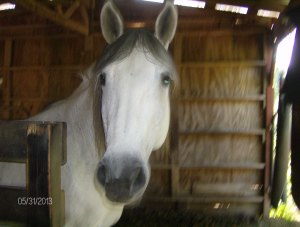 this is a closeup of a wet area in the new ground where the summer MSCC has germinated….on the drier parts of the lot there is less germination….but there is a chance of rain tonight…

This is the ungrazed fall MSCC that was just broadcast with summer MSCC and then bush hogged. there is too much grass cover to see any new germination yet

This is some buckwheat that did come up near a fence line from the early failed boradcast attmept…I am discovering that Buckwheat is pretty hardy and easy to grow…have sprouts of it all over where I have dropped seed. 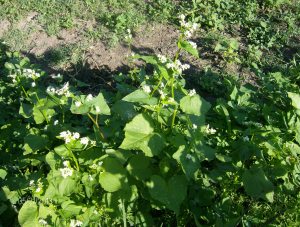 this was a real hotspot in the first field seeded with summer MSCC….don’t know if it was becasue of manure or just a plethora of seed from the feast and famine aerator seeder. 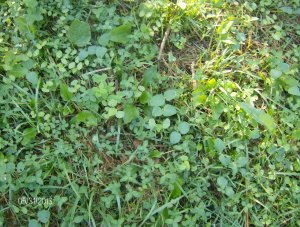